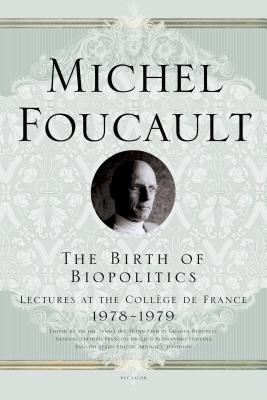 Picador is proud to publish the sixth volume in Foucault's prestigious, groundbreaking series of lectures at the Collège de France from 1970 to 1984

The Birth of Biopolitics continues to pursue the themes of Foucault's lectures from Security, Territory, Population. Having shown how eighteenth-century political economy marks the birth of a new governmental rationality--seeking maximum effectiveness by governing less and in accordance with the naturalness of the phenomena to be governed--Michel Foucault undertakes a detailed analysis of the forms of this liberal governmentality. In a direct and conversational tone, this book raises questions of political philosophy and social policy that are at the heart of current debates about the role and status of neo-liberalism in twentieth century politics.

“Foucault must be reckoned with by humanists, social scientists, and political activists.” —The New York Times Book Review

“Foucault has an alert and sensitive mind that can ignore the familiar surfaces of established intellectual codes and ask new questions. . . . He gives dramatic quality to the movement of culture.” —The New York Review of Books

“Foucault is quite central to our sense of where we are. . . . [His work carries] out, in the noblest way, the promiscuous aim of true culture.” —The Nation