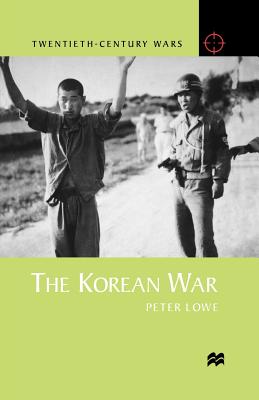 
Special Order—Subject to Availability
This volume reassesses the origins, nature, and aftermath of the war which was fought in the Korean peninsula between 1950 and 1953. Attention is focused particularly on the extraordinary first year of the war, which witnessed profound variations in the fortune of both sides. This included the initial North Korean attack, the counter-offensive launched by the United States Command, China's dramatic entry into the war, the retreat of UN forces, the controversy over the conduct and dismissal of General MacArthur, and the decision to commence armistice negotiations.
Peter Lowe is Reader in History at the University of Manchester.