The Man Who Wasn't There: A Novel (Paperback) 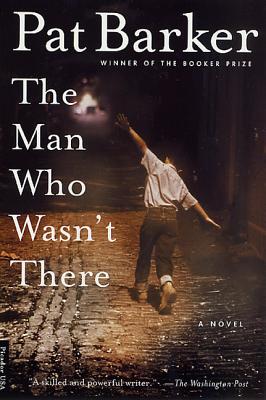 The Man Who Wasn't There: A Novel (Paperback)


Not On Our Shelves—Ships in 1-5 Days
(This book cannot be returned.)
In Pat Barker's The Man Who Wasn't There, twelve-year-old Colin knows little about his father except that he must have fought in the war. His mother, totally absorbed by the nightclub where she works, says nothing about him, and Colin turns to films for images of what his father might have been. Weaving in and out of Colin's real life, his imagined film explores issues of loyalty and betrayal and searches for the answer to the question 'What is a man?'
Pat Barker's novels include Another World, Border Crossing and Noonday. She is also the author of the highly acclaimed Regeneration Trilogy, comprising Regeneration, which has been made into a film starring Jonathan Pryce and James Wilby, The Eye in the Door, winner of the 1993 Guardian Fiction Prize, and The Ghost Road, winner of the 1996 Booker Prize. She lives in England.
“With her novels, she adds dignity to this century's often bleak and undignified human record.” —The Los Angeles Times Book Review