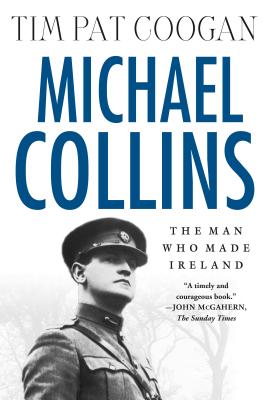 When the Irish nationalist Michael Collins signed the Anglo-Irish Treaty in December 1921, he observed to Lord Birkenhead that he may have signed his own death warrant. In August 1922 that prophecy came true when Collins was ambushed, shot and killed by a compatriot, but his vision and legacy lived on. Tim Pat Coogan's biography presents the life of a man whose idealistic vigor and determination were matched by his political realism and organizational abilities. This is the classic biography of the man who created modern Ireland.

Tim Pat Coogan is Ireland's best-known historical writer. His 1990 biography of Michael Collins rekindled widespread interest in the revolutionary era. He is also the author of The IRA, Long Fellow, Long Shadow, Wherever Green is Worn, and The Famine Plot.

“There have been several other lives of Collins, but none has assembled such wealth of detail.” —Independent on Sunday

“The events described in this book can usefully be learned from by those who govern Ireland now.” —Financial Times

“A lively and colourful adventure story with a fascinating, yet recognisably human, hero.” —Dublin Sunday Press