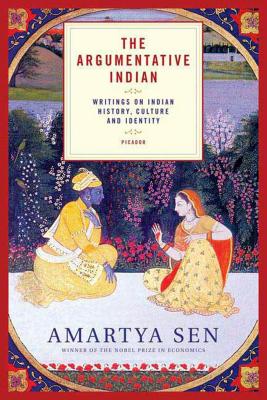 In sixteen linked essays, Nobel Prize--winning economist Amartya Sen discusses India's intellectual and political heritage and how its argumentative tradition is vital for the success of its democracy and secular politics. The Argumentative Indian is "a bracing sweep through aspects of Indian history and culture, and a tempered analysis of the highly charged disputes surrounding these subjects--the nature of Hindu traditions, Indian identity, the country's huge social and economic disparities, and its current place in the world" (Sunil Khilnani, Financial Times, U.K.).

“This is a book that needed to have been written. . . . It would be no surprise if it were to become as defining and influential a work as Edward Said's Orientalism.” —Soumya Bhattacharya, The Observer (London)

“The product of a great and playful mind at the peak of its power, The Argumentative Indian is the most stimulating and enjoyable book about the idea and identity of India to be written for years.” —William Dalrymple, The New York Review of Books

“An intellectual tour de force from an economist who can lay equal claim to the designations of sociologist, historian, political analyst, and moral philosopher . . . Breathtaking in its range and scholarly eclecticism.” —Shashi Tharoor, The Washington Post Book World