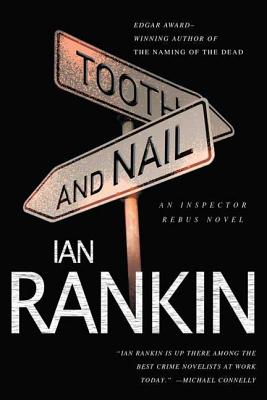 This is book number 3 in the Inspector Rebus Novels series.

Scottish homicide detective John Rebus has been sent from "North of the Border" to help London police catch a serial killer with a gruesome M.O. Teamed with a London cop he wants to trust but can't, Rebus lets a beautiful psychologist into the case develops a bizarre portrait of a killer who leaves bite marks and tears on each victim's body. Now it's only a question of who is going to get busted first: the cop with the accent who breaks all the rules--or the psycho painting London with blood...

“In Rankin, you cannot go wrong.” —The Boston Globe

“Ian Rankin is up there among the best crime novelists at work today.” —Michael Connelly

“Reading [Ian Rankin] is like watching somebody juggle a dozen bottles of single malt without spilling a drop.” —Kirkus Reviews (starred review)