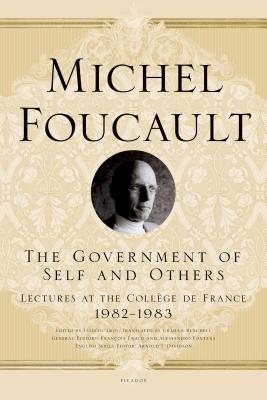 This lecture, given by Michel Foucault at the Collège de France, launches an inquiry into the notion of parresia and continues his rereading of ancient philosophy. Through the study of this notion of truth-telling, of speaking out freely, Foucault re-examines Greek citizenship, showing how the courage of the truth forms the forgotten ethical basis of Athenian democracy. The figure of the philosopher king, the condemnation of writing, and Socrates' rejection of political involvement are some of the many topics of ancient philosophy revisited here.

“[Foucault] has an alert and sensitive mind that can ignore the familiar surfaces of established intellectual codes and ask new questions...[He] gives dramatic quality to the movement of culture.” —The New York Review of Books

“Foucault is quite central to our sense of where we are...” —The Nation

“These lectures offer important insights into the evolution of the primary focus of Foucault's later work - the relationship between power and knowledge.” —Library Journal

“Ideas spark off nearly every page...The words may have been spoken in [the 1970s] but they seem as alive and relevant as if they had been written yesterday.” —Bookforum