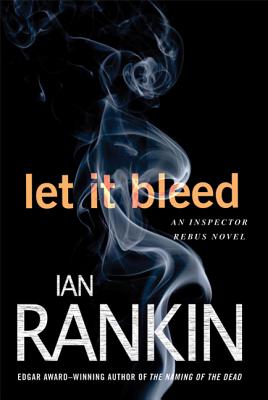 This is book number 7 in the Inspector Rebus Novels series.

It may be Inspector Rebus' toughest case ever in Let It Bleed, from brilliant crime writer Ian Rankin.

In the dark days and biting windstorms of an Edinburgh winter, two drop-out kids dive off the towering Forth Road Bridge. A civic office is spattered by a grisly gun-blast. Two suicides and a murder that just don't add up, unless John Rebus can crunch the numbers. Following a trail that snakes through stark alleys and sad bars, shredded files and lacerated lives, Rebus finds himself up against an airtight, murderous conglomerate on the make in every arena of power. It's leeching the life and soul out of his city and, if it can, him too...

“In Rankin you cannot go wrong.” —The Boston Globe