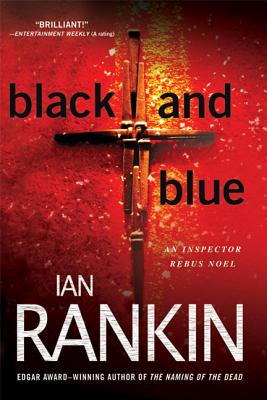 This is book number 8 in the Inspector Rebus Novels series.

Bible John killed three women, and took three souvenirs. Johnny Bible killed to steal his namesake's glory. Oilman Allan Mitchelson died for his principles. And convict Lenny Spaven died just to prove a point. "Bible John" terrorized Glasgow in the sixties and seventies, murdering three women he met in a local ballroom--and he was never caught. Now a copycat is at work. Nicknamed "Bible Johnny" by the media, he is a new menace with violent ambitions.

The Bible Johnny case would be perfect for Inspector John Rebus, but after a run-in with a crooked senior officer, he's been shunted aside to one of Edinburgh's toughest suburbs, where he investigates the murder of an off-duty oilman. His investigation takes him north to the oil rigs of Aberdeen, where he meets the Bible Johnny media circus head-on. Suddenly caught in the glare of the television cameras and in the middle of more than one investigation, Rebus must proceed with caution: One mistake could mean an unpleasant and not particularly speedy death, or, worse still, losing his job.

Written with Ian Rankin's signature wit, style and intricacy, Black and Blue is a novel of uncommon and unforgettable intrigue.

“A powerfully complex crime novel that offers a panoramic portrait of modern Scotland, from Glasgow gangland to the oil platforms of the North Sea.” —Mail on Sunday

“Rankin excels himself here as Rebus comes of age… a first-rate and gripping novel.” —Sunday Times

“Rankin's dexterity in juggling plots and threats and motives lights up the darkness with a poet's grace. Reading him is like watching somebody juggle a dozen bottles of single malt without spilling a drop.” —Kirkus Reviews

“Rankin's book is long and complex but rich in character and incident as Rebus dodges his investigators, follows his hunches into some violent confrontations, and explores the strange mid-ocean world of North Sea oil.” —Publishers Weekly

“Ian Rankin is a novelist of great scope, depth and power and Black & Blue is a dark, intensely evocative and altogether riveting thriller.” —Jonathan Kellerman