Every Day Is Mother's Day (Paperback) 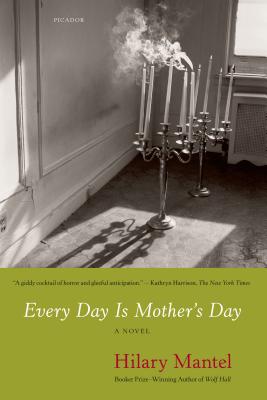 Every Day Is Mother's Day (Paperback)

By the Booker Prize-Winning Author of WOLF HALL

Evelyn Axon is a medium by trade; her daughter, Muriel, is a half-wit by nature. Barricaded in their crumbling house, surrounded by the festering rubbish of years, they defy the curiosity of their neighbors and their social worker, Isabel Field. Isabel is young and inexperienced and has troubles of her own: an elderly father who wanders the streets, and a lover, Colin, who wants her to run away with him. But Colin has three horrible children and a shrill wife who is pregnant again--how is he going to run anywhere? As Isabel wrestles with her own problems, a horrible secret grows in the darkness of the Axon household. When at last it comes to light, the result is by turns hilarious and terrifying.

“Mantel's writing is so exact and brilliant that, in itself, it seems an act of survival, even redemption. . . . Mantel is unflinching, and I like her that way.” —Joan Acocella, The New Yorker

“Readers will surely be seduced by her sharp humor, reminiscent of Muriel Spark or Edna O'Brien, and her nail-biting narration. . . .Wrapped in the brisk plotting of a suspense thriller, a la Graham Greene.” —Charlotte Innes, Los Angeles Times Book Review

“Mantel is without peer in her generation.” —Janice Nimura, San Francisco Chronicle

“Hysterical, the dialogue is spot-on. . . . Muriel and her ma are cunning creations.” —Margaret Foster