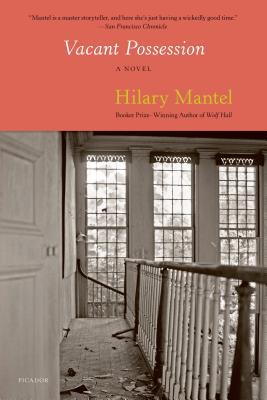 Ten years have passed since Muriel Axon was locked away for society's protection, but psychiatric confinement has only increased her malice and ingenuity. At last free, she sets into motion an intricate plan to exact revenge on those who had her put away. Her former social worker, Isabel, and her old neighbors have moved on, but Muriel, with her talent for disguise, will infiltrate their homes and manipulate their lives, until all her enemies are brought together for a gruesome finale. Hilary Mantel's razor-sharp wit animates every page of this darkly comic tale of retribution.

“It would be hard to over emphasize the mean pleasure to be found in Vacant Possession.” —Kathryn Harrison, The New York Times

“Mantel imbues her writing with a unique combination of exhileration and dread. . . . She shows us how fiction can lift us into the extraordinary.” —Meg Wolitzer, The Washington Post Book World

“Savage and funny black humour at its best.” —Observer (London)

“Filled with fiish glee . . . Lie back and laugh yourself silly: this is the best s-up for a long, long time.” —New Statesman