James A. Garfield: A Bibliography (Bibliographies of the Presidents of the United States) (Hardcover) 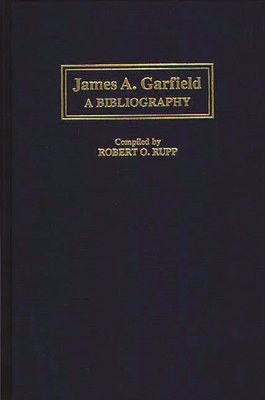 James A. Garfield: A Bibliography (Bibliographies of the Presidents of the United States) (Hardcover)

Although his presidency lasted only 200 days, Garfield's full public life intersected much of American history--from the Ohio state legislature, to Civil War battlefields, to the halls of Congress, to the White House. In recent years, as historians have come to place greater importance on the Gilded Age, acknowledging that this age of transformation was more complex, diverse, and significant than previous stereotypes allowed, Garfield has also increased in importance. Although he was shot 120 days after his inauguration, Garfield was one of the most politically experienced presidents in decades, and his life provides a valuable perspective on a pivotal time of transition. This bibliography provides a useful guide to the Garfield literature.

Arranged chronologically, the book contains sections on Garfield's childhood and education, his military career, including the Civil War battles of Sandy Creek and Chickamauga, and his political career. Special sections are devoted to the dramatic 1880 Republican convention and the close presidential election that followed. The volume also covers sources on his short administration and the outpouring of grief upon his death.

ROBERT O. RUPP is Associate Professor of History at West Virginia Wesleyan College. His interest is in American politics and the American Presidency. He coauthored Andrew Jackson: A Bibliography (Greenwood, 1990).