The Choral Music of Latin America: A Guide to Compositions and Research (Music Reference Collection) (Hardcover) 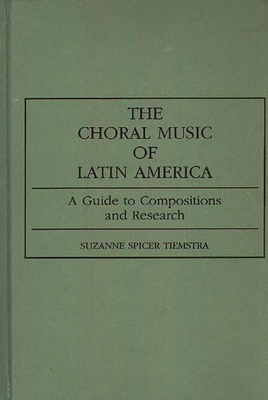 The Choral Music of Latin America: A Guide to Compositions and Research (Music Reference Collection) (Hardcover)

A comprehensive research tool for Latin American choral music, this volume will also serve scholars and researchers as a basic guide to sources for Latin American classical music. Both scholarly and practical, it will be valuable for choruses, orchestras, and other performing groups.

SUZANNE SPICER TIEMSTRA is the founder and director of the Grand Rapids Cantata Choir and an instructor of music at Aquinas College in Grand Rapids, Michigan. She has served as music director of several large churches in Pennsylvania, Ohio, and Michigan. She is currently working on a doctorate in musical arts at Michigan State University.