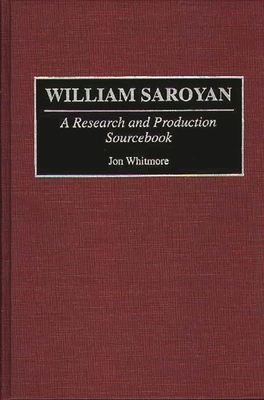 William Saroyan, one of the most prolific writers in America, was the first playwright to win simultaneously both the New York Drama Critics' Circle award and the Pulitzer Prize in playwriting for The Time of Your Life in 1940. In spite of his success, he quickly disappeared from the public eye. During the 1960s and 1970s, he wrote plays but did not allow them to be produced or published. Shortly before his death in 1981, his Play Things was produced at Vienna's English Theatre.

This volume concentrates in one source the tremendous amount of information available about Saroyan's life and work in the theatre. A chronology provides a capsule summary of the chief events in his career, and a critical overview assesses his place in American theatre. Entries for his plays include plot synopses, production information, and critical commentary. Annotated primary and secondary bibliographies list his published works, production reviews, and other writings about his theatrical career. The volume also includes archival sources to foster additional research about Saroyan.

JON WHITMORE is Provost at the University of Iowa. He has published several books and more than 30 articles and has produced or directed roughly 200 performances.