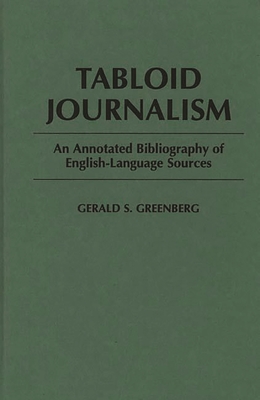 This is a compilation of English-language books and articles, briefly summarized, commenting on the phenomenon of sensationalism in news reporting. Coverage includes the historical penny and yellow presses; Britain's Fleet Street publications; and supermarket tabloids, spanning the eras of Northcliffe, Pulitzer, Hearst, and Murdoch.

This is a unique compilation of 819 English-language monographs, journal articles, theses, and conference papers--each briefly summarized--commenting on the phenomenon of sensationalism in journalism. Separate chapters address the practice in newspapers and television, the legal issues raised, and international manifestations. An historical overview of the subject, as well as of current practice, is provided. Entries feature both popular and scholarly contributors.

Tabloid journalism is alternately praised and excoriated by the commentators, whose backgrounds are as divergent as their opinions. While sensationalism's excessiveness provides an easy target for critics, scholars' more analytical investigations draw parallels between today's tabloid headlines and more traditional folk narratives. The sociological role played by tabloid journalism is also discussed.