National Service and Americorps: An Annotated Bibliography (Bibliographies and Indexes in Law and Political Science #26) (Hardcover) 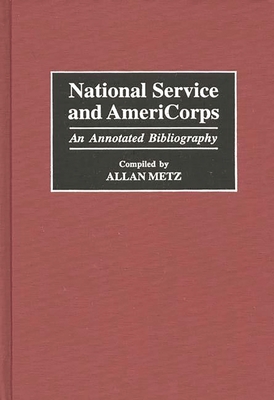 National Service and Americorps: An Annotated Bibliography (Bibliographies and Indexes in Law and Political Science #26) (Hardcover)

This reference work provides sources on national service and AmeriCorps from a wide range of perspectives and disciplines, including education, public policy, political science, and public administration. Part 1 deals with background information on national service from the 1960s to 1992, including the 1992 presidential campaign. The crucial year 1993, when national service legislation was proposed and passed and AmeriCorps was named, is covered in Part 2. The implementation of the National Community Service Trust Act in 1994 is covered in Part 3. Part 4, covering 1995, reflects a reassessment of the program by the new Republican majority in Congress. Each section of the work includes books, dissertations, government documents, and, primarily, serial literature. A brief appendix accessing resources on the Internet is also included.