The Titanic: Historiography and Annotated Bibliography (Bibliographies and Indexes in World History) (Hardcover) 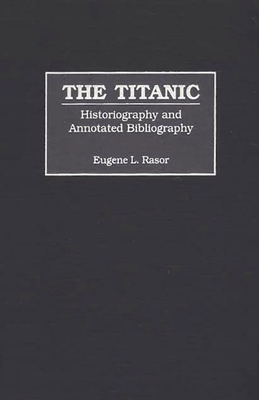 The Titanic: Historiography and Annotated Bibliography (Bibliographies and Indexes in World History) (Hardcover)

Promoted as virtually unsinkable, the ultimate luxury liner, the largest ship in the world, the RMS Titanic sank on its maiden voyage in April 1912, taking some 1,500 people to their death. Aboard the ship were the wealthy and famous as well as hundreds of immigrants seeking a new life in America. The most dramatic marine disaster of modern times, the Titanic tragedy captured the interest and imagination of the entire world. The intensity of interest in the catastrophe has increased, particularly after discovery of the wreck off the coast of Newfoundland in the mid-1980s. The resulting literature is vast, including both scholarly and popular sources.

Covering more than the published literature, the book also surveys memorabilia, artifacts, cultural icons, music, film, and exhibitions. Divided into three sections, the work opens with a historiographical survey of the literature, then includes descriptive lists of more peripheral material, and concludes with a bibliography of 674 entries. All items covered in the historiographical survey are included in the bibliography. This useful guide will appeal to researchers - both laymen and scholars - interested in the Titanic.

EUGENE L. RASOR is Professor of History Emeritus at Emory and Henry College. He is the author of 11 historiographical and bibliographical surveys published by Greenwood Press.