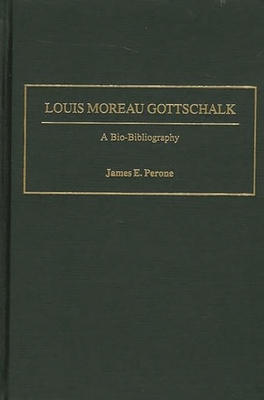 This is book number 91 in the Bio-Bibliographies in Music series.

A native of New Orleans, Louis Moreau Gottschalk (1829-1869) is widely acknowledged as the leading American piano virtuoso of the 19th century and as a composer of major significance, particularly in his ability to capture his contemporary public's taste while incorporating European, African-American, Caribbean, and South American influences. His recitals and monster concerts took this fusion of styles to hundreds of thousands of audience members internationally. Containing well over 500 annotated bibliographic citations and detailed information about Gottschalk's 300 compositions, this bio-bibliography represents the first major reference work on America's leading composer and concert artist of the 1800s.

The volume presents a brief biography containing an assessment of his contributions to American music, as well as complete information on publication, dedications, notable performances, and sound recordings for each of Gottschalk's compositions, followed by comprehensive bibliographic material useful for student, scholar, and musician alike.