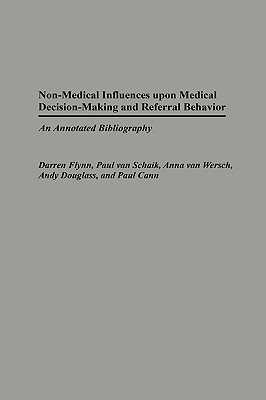 This bibliography presents studies of nonmedical factors (patient, clinician, and practice variables) that influence medical decision-making. Those factors include age, gender and presentational style of the patient; age, years in practice and attitudes of the clinician; and geographical location and list size of the practice. The authors separate such factors into two cateogories. The first is decision-making in the context of general patient management, such as test-ordering, diagnoses, and treatment recommendations. The second category is decision-making in the context of referrals made by generalists to specialists. Each published study identified from an extensive literature search is presented in a structured tabular format, with a brief summary of the study features described above. The studies cited were published in years spanning 1980 to March, 2001.