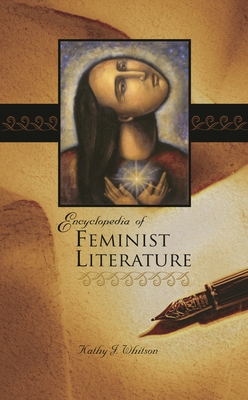 Many women writers have secured a solid place in the literary canon, while others have remained marginalized. This reference includes alphabetically arranged entries on roughly 70 women writers whose works are widely read in English, and on some 20 related topics. While some of the writers profiled are widely known, others have not yet received as much attention. And while most of the writers are from England and America, the volume also profiles Chilean, Brazilian, Indian, South African, Australian, French, and German authors. The writers selected are feminist, in that their works have challenged traditional gender roles, explored female oppression, or critiqued patriarchal social structures. In addition to providing biographical information, the entries include interpretative summaries of major works.

Each author entry includes biographical information, an extensive summary treatment of at least one of her works, an list of her other major works, cross-references to related entries, and a list of works for further reading. What distinguishes this encyclopedia from the many other volumes addressing feminist literature or literature by women is the interpretative summary in each entry. The volume closes with a list of works cited. Entries are clearly written and are accessible to high school students and undergraduates.

KATHY J. WHITSON is Professor of English at Eureka College. Her previous books include Native American Literatures: An Encyclopedia of Works, Characters, Authors, and Themes (1999).