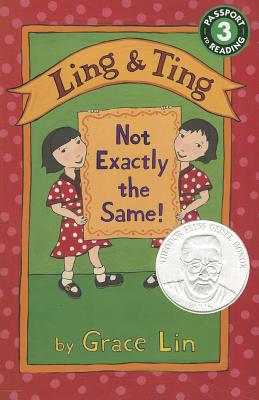 Ling and Ting are two adorable identical twins, and they stick together, whether they are making dumplings, getting their hair cut, or practicing magic tricks. But looks are deceiving--people can be very different, even if they look exactly the same.
Grace Lin is the award-winning and bestselling author and illustrator of Starry River of the Sky, Where the Mountain Meets the Moon, The Year of the Dog, The Year of the Rat, Dumpling Days, and Ling & Ting, as well as pictures books such as The Ugly Vegetables and Caldecott Honor book A Big Mooncake for Little Star. Grace lives with her husband and daughter in Western MA, where they get plenty of winter snow. Her website is www.gracelin.com.