The Naming of the Dead (A Rebus Novel #16) (Paperback) 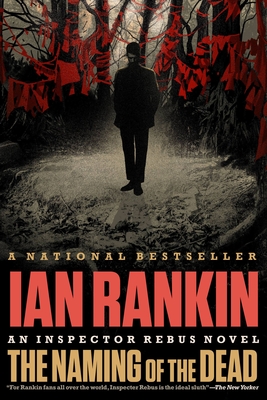 The Naming of the Dead (A Rebus Novel #16) (Paperback)

This is book number 16 in the A Rebus Novel series.

The leaders of the free world descend on Scotland for an international conference, and every cop in the country is needed for front-line duty...except one. John Rebus's reputation precedes him, and his bosses don't want him anywhere near Presidents Bush and Putin, which explains why he's manning an abandoned police station when a call comes in. During a preconference dinner at Edinburgh Castle, a delegate has fallen to his death. Accident, suicide, or something altogether more sinister? And is it linked to a grisly find close to the site of the gathering? Are the world's most powerful men at risk from a killer? While the government and secret services attempt to hush the whole thing up, Rebus knows he has only seventy-two hours to find the answers.
Ian Rankin is a #1 international bestselling author. Winner of an Edgar Award and the recipient of a Gold Dagger for fiction and the Chandler-Fulbright Award, he lives in Edinburgh, Scotland, with his wife and their two sons.