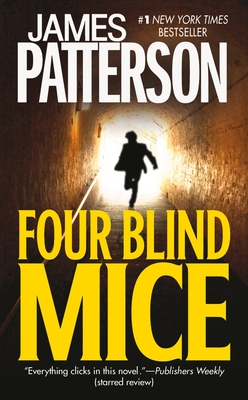 This is book number 8 in the An Alex Cross Thriller series.

In this #1 New York Times bestseller, Alex Cross is ready to resign-but when his partner shows up with a case he can't refuse, he goes up against the most bone-chilling killers of his entire career.
Detective Alex Cross is on his way to resign from the Washington, D.C., Police Force when his partner's oldest friend-a Vietnam veteran-is arrested for murder. He is subject to the iron hand of the United States Army, and the evidence against him is strong enough to send him to the gas chamber.
Sampson is certain his friend has been framed, and Alex's investigation turns up evidence overlooked-or concealed-by the military authorities. Drawing on their years of street training and an almost telepathic mutual trust, Cross and Sampson go deep behind military lines to confront the most terrifying-and deadly-killers they have ever encountered. Behind these three highly skilled killing machines there appears to be an even more threatening controller. Discovering the identity of this lethal genius will prove to be Cross's most terrifying challenge ever.
On his visits home, Alex must confront another, more harrowing mystery: what's the matter with Nana Mama? As he explores the possibility of a new relationship with a woman who offers him new hope, Alex must also confront the fact that his beloved grandmother is only human.
James Patterson has had more New York Times bestsellers than any other writer, ever, according to Guinness World Records. Since his first novel won the Edgar Award in 1977 James Patterson's books have sold more than 300 million copies. He is the author of the Alex Cross novels, the most popular detective series of the past twenty-five years, including Kiss the Girls and Along Came a Spider. He writes full-time and lives in Florida with his family.