Standing in Another Man's Grave (A Rebus Novel #18) (Paperback) 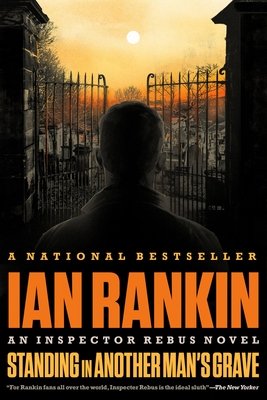 Standing in Another Man's Grave (A Rebus Novel #18) (Paperback)

This is book number 18 in the A Rebus Novel series.

John Rebus returns to investigate the disappearances of three women from the same road over ten years.

For the last decade, Nina Hazlitt has been ready to hear the worst about her daughter's disappearance. But with no sightings, no body, and no suspect, the police investigation ground to a halt long ago, and Nina's pleas to the cold case department have led her nowhere.

Until she meets the newest member of the team: former Detective John Rebus.

Rebus has never shied away from lost causes - one of the many ways he managed to antagonize his bosses when he was on the force. Now he's back as a retired civilian, reviewing abandoned files. Necessary work, but it's not exactly scratching the itch he feels to be in the heart of the action.

Two more women have gone missing from the same road where Sally Hazlitt was last seen. Unlike his skeptical colleagues, Rebus can sense a connection - but pursuing it leads him into the crosshairs of adversaries both old and new.

Rebus may have missed the thrill of the hunt, but he's up against a powerful enemy who's got even less to lose.

On the twentieth anniversary of Ian Rankin's first American publication comes a novel bursting with the vitality and suspense that made its author one of crime fiction's most dazzling stars. Standing in Another Man's Grave is the triumphant return of John Rebus, and a riveting story of sin, redemption, and revenge.
Ian Rankin is a #1 international bestselling author. Winner of an Edgar Award and the recipient of a Gold Dagger for fiction and the Chandler-Fulbright Award, he lives in Edinburgh, Scotland, with his wife and their two sons.