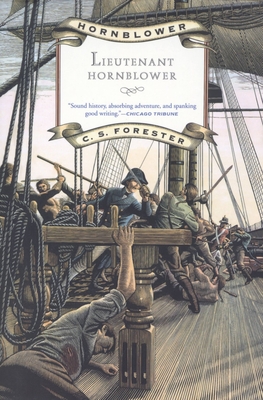 This is book number 2 in the Hornblower Saga (Paperback) series.

Hornblower gets his first independent command in this installment of C. S. Forester's beloved series, "the most popular modern saga of the days when ships were wood and men were iron" (New York Times Book Review).

In this gripping tale of turmoil and triumph on the high seas, Horatio Hornblower emerges from his apprenticeship as midshipman to face new responsibilities thrust upon him by the fortunes of war between Napoleon and Spain. Enduring near-mutiny, bloody hand-to-hand combat with Spanish seamen, deck-splintering sea battles, and the violence and horror of life on the fighting ships of the Napoleonic Wars, the young lieutenant distinguishes himself in his first independent command. He also faces an adventure unique in his experience: Maria.
C. S. Forester (1899-1966) wrote many highly acclaimed novels, including the eleven-volume Hornblower saga and The African Queen.
"Sound history, absorbing adventure, and spanking good writing."—Chicago Tribune