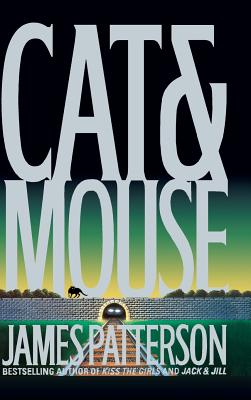 This is book number 4 in the An Alex Cross Thriller series.

In this New York Times bestseller, two killers-one operating in America, one in Europe-believe Alex Cross is the only worthy opponent in the deadly game each has planned.
Gary Soneji, a dying prison escapee, is looking for revenge on Cross, while another insane killer is pursued by Thomas Augustine Pierce-a brilliant and relentless detective who may even be better than Cross. As the bodies pile up, and Cross is nearly murdered in his own home, the game of cat and mouse leads to one final trap. . .
The body count is high, the tension the highest, and the two killers on the loose are watching every move their pursuers make. Who is the cat, and who is the mouse? What and where is the final trap? And who survives?
James Patterson has had more New York Times bestsellers than any other writer, ever, according to Guinness World Records. Since his first novel won the Edgar Award in 1977 James Patterson's books have sold more than 300 million copies. He is the author of the Alex Cross novels, the most popular detective series of the past twenty-five years, including Kiss the Girls and Along Came a Spider. He writes full-time and lives in Florida with his family.