Europe and the Atlantic Relationship: Issues of Identity, Security and Power (Hardcover) 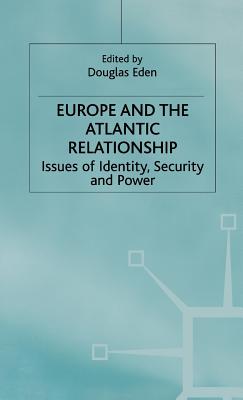 Europe and the Atlantic Relationship: Issues of Identity, Security and Power (Hardcover)


Not On Our Shelves—Ships in 1-5 Days
(This book cannot be returned.)
The Kosovo war has concentrated new attention on the transatlantic relationship and its principal institution, NATO. Europeans argue over the future of their Union, suggesting a struggle over control of Europe's future. The threat of a transatlantic trade war shows the struggle overflowing to affect the Atlantic relationship that has secured Europe's peace for fifty years. Distinguished experts consider the arguments over NATO and the EU in order to assess the state of the vital Atlantic relationship and its future.
DOUGLAS EDEN is founder and head of the Centre for Study of International Affairs (Europe and America) at Middlesex University and organizer of the annual Trent Park conferences on the future of the Atlantic Community. A Senior Fellow of the Atlantic Council of the United Kingdom, he has written, lectured and advised political figures, governments and major media outlets on both sides of the Atlantic. Among his publications are The Future of the Atlantic Community and Political Change in Europe.