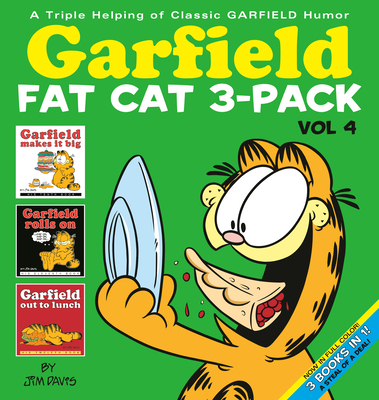 This uproarious collection includes three books in one: Garfield Makes It Big, Garfield Rolls On, and Garfield Out to Lunch.

It's triple trouble in this three-book look at Garfield's mischievous misadventures. The fat cat eats himself into a food coma and sleeps like the dead. His trip to the vet is a real pain. And the Round Mound of Romance has girl troubles galore when he entertains two female felines.

Is it any wonder the cranky cat likes to lessen his stress by occasionally kicking Odie into the next county?! Hey, that's just how Garfield rolls . . .