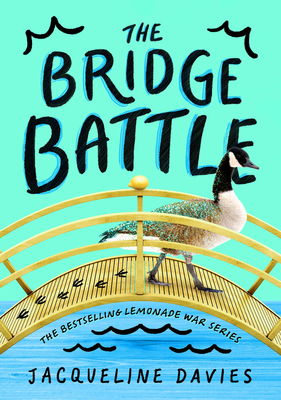 This is book number 6 in the The Lemonade War Series series.

In this gripping, funny addition to the bestselling Lemonade War series, both Jessie and her brother Evan find themselves unexpectedly cast as outsiders. How they find their way forward makes for a timeless story about the power of courage and kindness.

Evan and Jessie Treski have waged a lemonade war, sought justice in a class trial, unmasked a bell thief, and created a professional magic show. Yet for all their skills and talents, both find themselves being singled out this summer for reasons beyond their control.

Natural-born leader Evan, who is always good at making new friends, discovers he is at the mercy of a bully on the summer school playground, and is pressured to act in a way he never has before.

Science-loving Jessie just wants to construct the best bridge she can for the competition next month, yet she is stuck in the wrong summer camp, surrounded by kids who believe fairies are more real than physics and a group of girls who tortured her back in second grade. Suddenly, she, too finds herself acting in ways that puzzle her.

Bestselling author Jacqueline Davies once again shows how well she understands her readers in this timely story of how being true to ourselves can help us remember how to treat others.

Jacqueline Davies is the bestselling author of the Lemonade War series, which has inspired young readers across the world to raise money for charitable causes. She is also the award-winning author of the Sydney and Taylor series, illustrated by Deborah Hocking, and Bubbles . . . UP!, illustrated by Sonia Sánchez, which was selected as an ALA Booklist Editors’ Choice and was distinguished as a book of outstanding merit on Bank Street College’s Best Books of the Year list. Visit her online at www.jacquelinedavies.net.

"An unusually nuanced exploration of bullying; as perceptive as it is entertaining." — Kirkus Reviews (starred review)

"Portraying characters with perception and dealing with real issues in kids’ lives, this absorbing chapter book is satisfying on many levels." — Booklist