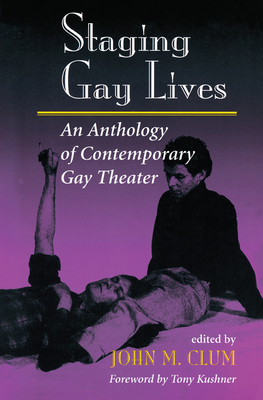 
Special Order—Subject to Availability
(This book cannot be returned.)
Created for general and scholarly audiences alike, this volume offers ten of the best recent plays by and about gay men, all of which have been successfully produced and critically acclaimed in the United States and England. The playwrights, who reflect multicultural origins ranging from Anglo to African American and Latino, have crafted powerful a.
John M. Clum is professor of English at Duke University and author of Acting Gay: Male Homosexuality in Modern Drama.