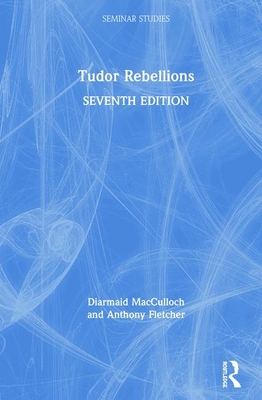 Tudor Rebellions, now in its seventh edition, gives a chronological account of the major rebellions against the Tudor monarchy in England from the reign of King Henry VII until the death of Queen Elizabeth I in 1603.

The book throws light on some of the main themes of Tudor history, including the dynasty's attempt to bring the north and west under the control of the capital, the progress of the English Reformation and the impact of inflation, taxation and enclosure on society, and makes comparisons with the other Tudor realm of Ireland. This new edition has been revised once more to take into account the exciting and innovative work on the subject in recent years and bring the historiographical debates right up to date. The primary sources, alongside the narrative history, allow students to fully explore these turbulent times, seeking to understand what drove Tudor people to rebel and what sort of people were inclined to do so. In doing so, the book considers both 'high' and 'low' politics, and the concerns of both the noble and the unprivileged in Tudor society.

With supplementary materials including a chronology, who's who and guide to further reading along with a selection of maps and images, Tudor Rebellions is an invaluable resource for all students of Tudor history.

Diarmaid MacCulloch was Professor of the History of the Church in the Faculty of Theology and Religion at the University of Oxford. His previous publications include Reformation: Europe's House Divided, 1490-1700 (2003), A History of Christianity: The First Three Thousand Years (2009) and Thomas Cromwell: A Life (2018).Anthony Fletcher was Professor of History, University of Essex.