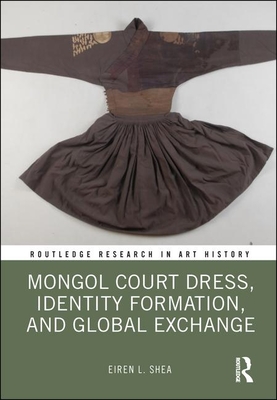 The Mongol period (1206-1368) marked a major turning point of exchange - culturally, politically, and artistically - across Eurasia.

The wide-ranging international exchange that occurred during the Mongol period is most apparent visually through the inclusion of Mongol motifs in textile, paintings, ceramics, and metalwork, among other media. Eiren Shea investigates how a group of newly-confederated tribes from the steppe conquered the most sophisticated societies in existence in less than a century, creating a courtly idiom that permanently changed the aesthetics of China and whose echoes were felt across Central Asia, the Middle East, and even Europe.

This book will be of interest to scholars in art history, fashion design, and Asian studies.