China's Belt and Road Initiative at Ten: Country Experiences in the Americas, Oceania and Asia (Hardcover) 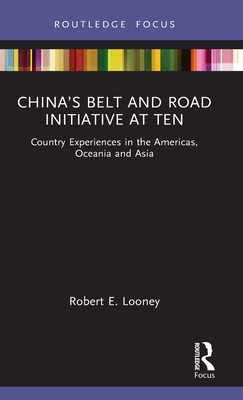 China's Belt and Road Initiative at Ten: Country Experiences in the Americas, Oceania and Asia (Hardcover)

This volume assesses China's Belt and Road Initiative (BRI) as it approaches its tenth year in operation. The programme has gone through a difficult transition since its inception in 2013, with an environment developing in a way utterly unanticipated by Chinese decision-makers. Despite pragmatic adjustments to the BRI, the lack of a firm empirical base has impeded the BRI and led to its demise in many countries.

With the accumulation of nearly ten years of project and economic data, it is possible to make an in-depth assessment of the BRI. For this purpose, the study examines the infrastructure component of the BRI in 39 countries, stretching from the Americas to Oceania and, finally, South Asia. The study finds a strong relationship between a country's progress in improved governance and the quality of its infrastructure. Countries that have benefited from the BRI have simultaneously achieved progress in governance areas, such as the rule of law and control of corruption. By not emphasizing improved governance structures, China condemns many of its partners to failure.

Researchers, students, and economic development specialists from Latin America to South Asia and Oceania will find this study a useful departure from the volumes of anecdotal BRI assessments.