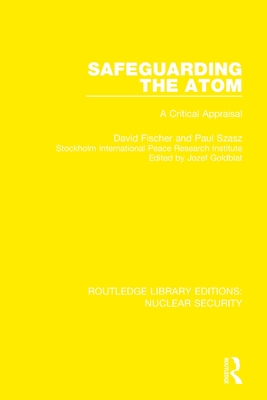 Safeguards play a key role in verifying the effectiveness of restraints on the spread of nuclear weapons. Originally published in 1985, this book is a study of the safeguards system of the International Atomic Energy Agency, an important element of the non-proliferation regime. It breaks new ground by focusing on the politics of safeguards, especially the political problems of the IAEA and of the day-to-day application of safeguards. It contains a critical appraisal and proposals for ways of improving existing procedures, and of adapting them to the political and technological changes of recent years.

Safeguarding the Atom gives an analysis of the following questions:

What are IAEA safeguards and how do they work? How effective are they? How can they be reinforced? What sanctions can be imposed in the event of non-compliance?

IAEA safeguards represent the world's first and so far only attempt to verify an arms control agreement by systematic on-site inspection, and their applicability to other arms control measures is examined.