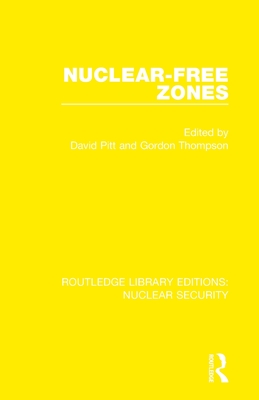 There is growing interest world wide in nuclear-free zones. Originally published in 1987, this book explores the question of what constitutes a nuclear-free zone and charts the progress of the movement to establish them. The book shows how definitions of nuclear-free zones vary from those intended to exclude everything nuclear (including nuclear power installations and the dumping of nuclear waste) to those aiming to exclude nuclear weapons in a limited way. Special attention is paid to the three treaties which have established major international nuclear-free zones, (Latin America, South Pacific, Antarctica) examining their strengths and weaknesses as well as areas where the idea has been proposed (Balkans, Africa). The book concludes with a review of problems and prospects for the future.