The Logic of Nuclear Terror (Paperback) 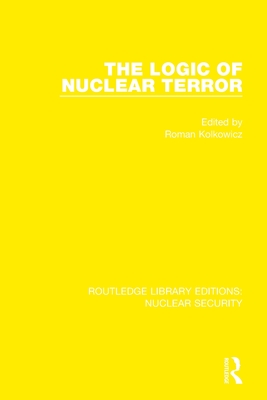 The Logic of Nuclear Terror (Paperback)

Originally published in 1987, The Logic of Nuclear Terror presented a much-needed critical review of the premises, concepts, and policy prescriptions of deterrence theories and doctrines at the time. In particular, authors address: the historical validity, theoretical vitality, and policy-relevance of nuclear deterrence theories and doctrines; the ways in which technological and political change have affected the original concepts of nuclear war and deterrence strategies, and the ways in which such changes have affected policy and doctrine; and realistic alternative ways of thinking about strategy in the changing context of new military technologies and international politics.

The outstanding group of international contributors to this volume include both proponents and critics of current doctrine. The result is an unusually well-balanced and unique contribution to our understanding of nuclear deterrence theory and practice. As such, it will be of interest to students, policymakers, and teachers of international relations, defense and foreign policy, US-Soviet relations, and arms control and disarmament.