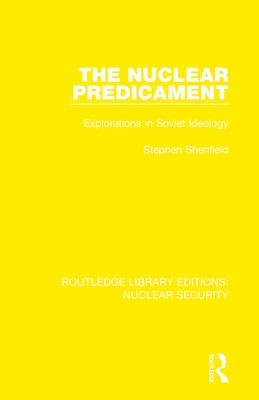 Ideological debate is one component of the intellectual background to Soviet policy-making. Originally published in 1987, this paper explores how Soviet writers wrestle with the challenge to their ideology that is posed by the threat of nuclear war. What, for example, is the relationship between the values of peace and of socialism? What drives the arms race? Is capitalism inherently militaristic, or is a demilitarized capitalism conceivable? Is the outcome of history predetermined or open? It is shown that the range of permissible views is wider than often assumed, and that the constraints of Soviet ideology do not exclude evolution towards a more cooperative approach to international security.