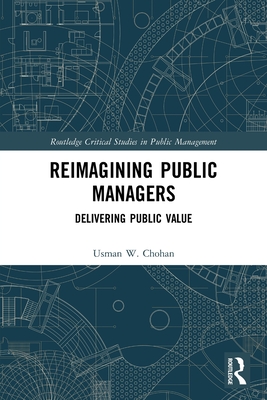 Public value theory speaks to the co-creation of value between politicians, citizens, and public managers, with a focus on the public manager in terms of her contributions, initiatives, and limitations in value creation. But just who are public managers? Public value regularly treats the "public manager" as synonymous with bureaucrat, government official, civil servant, or public administrator. However, the categories of public managers represent a more versatile and expansive set of agents in society than they are given credit for, and the discourse of public value has typically not delved sufficiently into the variety of possible cadres that might comprise the "public manager."

This book seeks to go beyond the assumed understandings of who the public manager is and what she does. It does so by examining the processes of value creation that are driven by non-traditional sets of public managers, which include the judiciary, the armed forces, multilateral institutions, and central banks. It applies public value tools to understand their value creation and uses their unique attributes to inform our understanding of public value theory. Tailored to an audience comprising public administration scholars, students of government, public officials, practitioners, and social scientists interested in contemporary problems of values in society, this book helps to advance public administration thought by re-examining the theory's ultimate protagonist: the public manager. It therefore constitutes an important effort to take public value theory forward by going "beyond" conceptions of the public manager as she has thus far been understood.

Usman W. Chohan, PhD, is a public value theorist who serves as Director for Economics and National Affairs at the Centre for Aerospace and Security Studies (CASS), and has been a post-doctoral fellow at UNSW Canberra, Australia. He has previously served at the National Bank of Canada and the World Bank. He was included among Australia's 50 Top Thinkers by the Conversation in 2016. He has resided in ten countries on five continents and is President of the International Association of Hyperpolyglots, with fluency in eight different languages. He has been a Global Shaper of the World Economic Forum and is today included among the leading Business Authors in the rankings of the Social Science Research Network. His most recent book, published by Routledge, is Public Value Theory and Budgeting: International Perspectives.