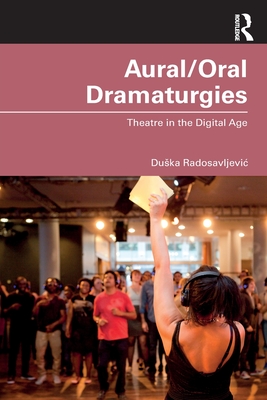 Its main argument is that the dramaturgical underpinnings of these works contribute to an understanding of theatre as an extra-literary activity, greater than the centrality of the script that traditionally dominated many historical discussions. This quality is usually expressed in terms of the corporeality in dance and physical theatre, but the aural/oral turn gives an alternative viewpoint on the interplay between text and performance. The book's case studies draw on the ways in which a range of theatre companies engage with the dramaturgy of speech and sound in their work. It is further accompanied by a specially curated collection of digital resources, including interviews, conversations, and presentations from artists and academics.

This is a key text for scholars, students, and practitioners of contemporary performance, and anyone working with dramaturgies of orality and aurality in today's performance environment.

Duska Radosavljevic teaches at the Royal Central School of Speech and Drama, University of London. She is the author of the award-winning monograph, Theatre-Making: Interplay Between Text and Performance in the 21st Century (2013), and editor of Theatre Criticism: Changing Landscapes (2016) and The Contemporary Ensemble: Interviews with Theatre-Makers (2013).