Law and The Christian Tradition in Scandinavia: The Writings of Great Nordic Jurists (Law and Religion) (Paperback) 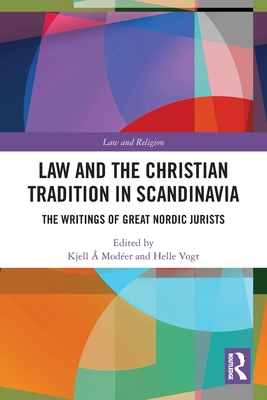 Law and The Christian Tradition in Scandinavia: The Writings of Great Nordic Jurists (Law and Religion) (Paperback)

This book presents a comprehensive history of law and religion in the Nordic context.

The entwinement of law and religion in Scandinavia encompasses an unusual history, not widely known yet important for its impact on contemporary political and international relations in the region. The volume provides a holistic picture from the first written legal sources of the twelfth century to the law of the present secular welfare states. It recounts this history through biographical case studies. Taking the point of view of major influential figures in church, politics, university, and law, it thus presents the principal actors who served as catalysts in ecclesiastical and secular law through the centuries. This refreshing approach to legal history contributes to a new trend in historiography, particularly articulated by a younger generation of experienced Nordic scholars whose work is featured prominently in this volume.

The collection will be a valuable resource for academics and researchers working in the areas of Legal History and Law and Religion.