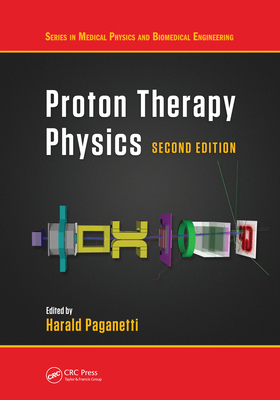 Expanding on the highly successful first edition, this second edition of Proton Therapy Physics has been completely restructured and updated throughout, and includes several new chapters. Suitable for both newcomers in medical physics and more seasoned specialists in radiation oncology, this book provides an in-depth overview of the physics of this radiation therapy modality, eliminating the need to dig through information scattered across medical physics literature.

After tracing the history of proton therapy, the book explores the atomic and nuclear physics background necessary for understanding proton interactions with tissue. The text then covers dosimetry, including beam delivery, shielding aspects, computer simulations, detector systems and measuring techniques for reference dosimetry. Important for daily operations, acceptance testing, commissioning, quality assurance and monitor unit calibrations are outlined. The book moves on to discussions of treatment planning for single- and multiple-field uniform doses, dose calculation concepts and algorithms, and precision and uncertainties for nonmoving and moving targets. Imaging for treatment guidance as well as treatment monitoring is outlined. Finally, the biological implications of using protons from a physics perspective are discussed.

This book is an ideal practical guide for physicians, dosimetrists, radiation therapists, and physicists who already have some experience in radiation oncology. It is also an invaluable reference for graduate students in medical physics programs, physicians in their last year of medical school or residency, and those considering a career in medical physics.

Harald Paganetti received his PhD in nuclear physics from the Rheinische-Friedrich-Wilhelms University in Bonn, Germany in 1992. He subsequently entered the field of medical physics and later joined the physics team at Massachusetts General Hospital in 1998. He is currently the Director of Physics Research for Radiation Oncology at Massachusetts General Hospital and a Professor of Radiation Oncology at Harvard Medical School. He has authored and co-authored more than 200 peer-reviewed publications and has edited two books on Proton Therapy. He has made significant contributions to the field of radiation oncology physics, many of which have found their way into clinical practice. Particularly, he is a pioneer in advanced Monte Carlo dose calculations for proton therapy treatment planning, which allowed the reduction of treatment planning margins for many patients, and in four-dimensional dose calculation aiming at a better understanding of motion effects when using radiation therapy for moving targets. He is considered the world expert on the relative biological effectiveness of proton beams and has had a significant impact in biological effect modeling. In 2014 he received the Excellence in Mentoring Award from Harvard Medical School recognizing his teaching and mentoring activities for junior faculty and students. He serves on various committees mainly for the American Association of Physicists in Medicine (AAPM), for which he was named Fellow in 2014, and American Society for Therapeutic Radiology and Oncology (ASTRO). He is also a member of the National Council on Radiation Protection and Measurements (NCRP).