The Neoliberal Imagination: Politics, Aesthetics, and Economics in the Evolution of Hyper-Industrial Capitalism (Media) (Paperback) 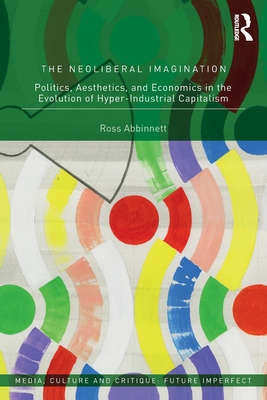 The Neoliberal Imagination: Politics, Aesthetics, and Economics in the Evolution of Hyper-Industrial Capitalism (Media) (Paperback)

This book presents a polemical account of the historical development of the neoliberal imagination. Inspired by the thought of Frederic Jameson, Bernard Stiegler, and Timothy Morton, it argues that the evolution of virtual and information technologies has transformed the ideological imaginary of capitalism. Owing to the inseparability of the process of commodification from developments in the sphere of media technology - particularly the rise of the digital networks through which information is processed and disseminated - the aesthetic forms of the neoliberal imaginary are not external to the accelerated productivity and adaptability of human beings. Rather, they are essential both to the vision of progress that informs the technoscientific organization of capitalist society and to the practical formation of 'the self' that takes place within its networks. A snapshot of the evolving 'world picture' that is formed in the neoliberal imagination as articulated in its particular regime of capitalization, The Neoliberal Imagination will appeal to scholars of social theory and social philosophy with interests in neoliberalism.

Ross Abbinnett is Senior Lecturer in Social and Political Theory at the University of Birmingham, UK. He is the author of Truth and Social Science, Culture and Identity, Marxism After Modernity, Politics of Happiness, and The Thought of Bernard Stiegler.