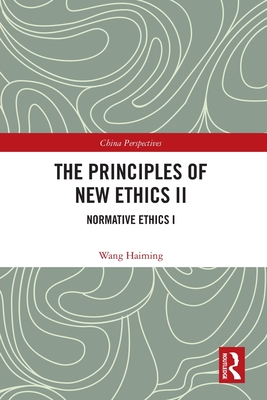 From Descartes to Spinoza, Western philosophers have attempted to propose an axiomatic systemization of ethics. However, without consensus on the contents and objects of ethics, the system remains incomplete. This fourvolume set presents a model that highlights a Chinese philosopher's insights on ethics after a 22-year study. Three essential components of ethics are examined: metaethics, normative ethics, and virtue ethics.

This volume is the fi rst part of the discussion on normative ethics. The author sets out to discuss morality, and shows how the reasoning behind it can be both good and bad for human society from various perspectives. A system of an ultimate standard of morality is introduced and it is shown that where there are confl icts between different moral norms that cannot be compromised, people undoubtedly sacrifi ce less important moral norms to follow more fundamental and important moral norms or principles. The ultimate standard of morality is also the ultimate value standard for the evaluation of the goodness or badness of state institutions. Justice is the fundamental value standard to measure state institutions. Equality is the most important justice.

The Chinese version of this set sold more than 60,000 copies and has exerted tremendous infl uence on the academic scene in the People's Republic. The English version will be an essential read for students and scholars of ethics and philosophy in general.

Wang Haiming is a professor at the Department at Philosophy at Peking University, China, and a specially appointed professor at Sanya University, China, mainly studying ethics and political philosophy. He has written ten academic monographs, including Stateology; A Theory of Justice; and The Economic Characteristics of China . Email: wanghaimingw@sina.cn