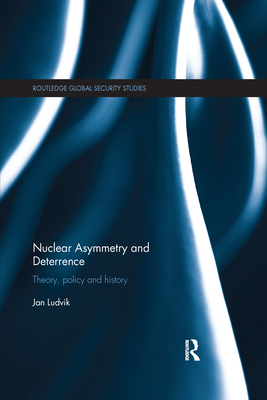 This book offers a broader theory of nuclear deterrence and examines the way nuclear and conventional deterrence interact with non-military factors in a series of historical case studies.

The existing body of literature largely leans toward the analytical primacy of nuclear deterrence and it is often implicitly assumed that nuclear weapons are so important that, when they are present, other factors need not be studied. This book addresses this omission. It develops a research framework that incorporates the military aspects of deterrence, both nuclear and conventional, together with various perceptual factors, international circumstances, domestic politics, and norms. This framework is then used to re-examine five historical crises that brought two nuclear countries to the brink of war: the hostile asymmetric nuclear relations between the United States and China in the early 1960s; between the Soviet Union and China in the late 1960s; between Israel and Iraq in 1977-1981; between the United States and North Korea in 1992-1994; and, finally, between the United States and the Soviet Union during the 1962 Cuban missile crisis. The main empirical findings challenge the common expectation that the threat of nuclear retaliation represents the ultimate deterrent. In fact, it can be said, with a high degree of confidence, that it was rather the threat of conventional retaliation that acted as a major stabilizer.

This book will be of much interest to students of nuclear proliferation, cold war studies, deterrence theory, security studies and IR in general.

Jan Ludvik is Assistant Professor at the Department of Security Studies and Research Fellow at the Center for Security Policy, Charles University, Czech Republic. He has a PhD in International Relations.