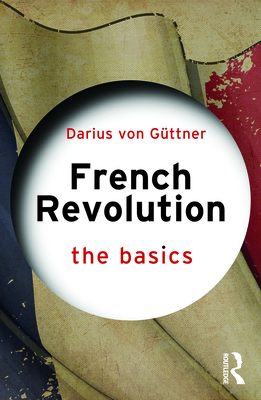 
In Stock—Click for Locations
(This book cannot be returned.)

French Revolution: The Basics is an accessible and concise introduction to the history of the revolution in France.

Combining a traditional narrative with documents of the era and references to contemporary imagery of the revolution, the book traces the long-and short-term causes of the French Revolution as well as its consequences up to the dissolution of the Convention and the ascendancy of Napoleon. The book is written with an explicit aim for its reader to acquire understanding of the past whilst imparting knowledge using underlying historical concepts such as evidence, continuity and change, cause and effect, significance, empathy, perspectives, and contestability.

Key topics discussed within the book include:

The structure of French society before 1789. The long- and short-term factors that contributed to the French Revolution. How ordinary French people, including women and slaves, participated in the revolution. What brought about the end of the ancien r gime. The major reforms of the National Assembly, 1789-1791, and how they lead to the division and radicalisation of the revolution. How the alternative visions of the new society divided the revolution and what were the internal and external pressures on the revolution that contributed to its radicalisation. The forms of terror which enabled reality to triumph over the idealism. The rise of Napoleon Bonaparte as military leader and Emperor.

This book is an ideal introduction for anyone wishing to learn more about this influential revolution in the shaping of modern Europe and the world.