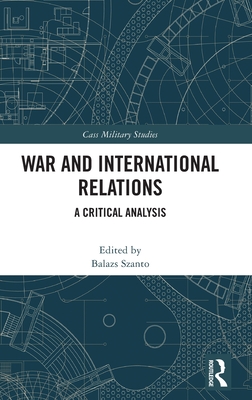 This book provides a critical overview of the occurrence of war in the international system by examining the concept from multiple perspectives and theoretical backgrounds.

War is an essential concept in international affairs, if for no other reason than because prevention of war requires an in-depth understanding of it as a concept. This book seeks to examine the continued occurrence of war in international relations, despite the emergence of arguments concerning its obsolescence. It provides a new cognitive framework through which to understand war as a phenomenon, which can be applied to real-world scenarios and policy issues, making use of case studies predominantly from China and Japan. Theoretically, the book is primarily based on a structural realist framework but adopts a significant constructivist component through the emphasis on identity and reputation in the international system. The volume offers a nuanced yet holistic approach to the theory of war and seeks to engage critically with the major theoretical approaches, pointing out the major criticisms of these ideas and how the theories correlate.

This book will be of much interest to students of strategic studies, foreign policy, and International Relations.

Balazs Szanto is a lecturer at Chulalongkorn University, Thailand.