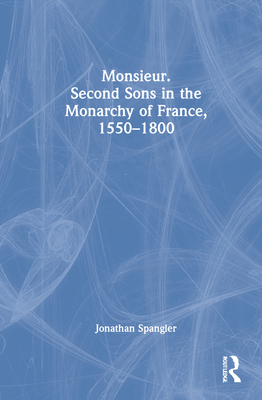 For the first time, this volume brings together the history of the royal spare in the monarchy of early modern France, those younger brothers of kings known simply as 'Monsieur'.

Ranging from the Wars of Religion to the French Revolution, this comparative study examines the frustrations of four royal princes whose proximity to their older brothers gave them vast privileges and great prestige, but also placed severe limitations on their activities and aspirations. Each chapter analyses a different aspect of the lives of Fran ois, duke of Alen on, Gaston, duke of Orl ans, Philippe, duke of Orl ans and Louis-Stanislas, count of Provence, starting with their birth and education, their marriages and political careers, and their search for alternative expressions of power through the patronage of the arts, architecture and learning. By comparing these four lives, a powerful image emerges of a key development in the institution of modern monarchy: the transformation of the rebellious, politically ambitious prince into the loyal defender - even in disagreement - of the Crown and of the older brother who wore it.

This volume is the perfect resource for all students and scholars interested in the history of France, monarchy, early modern state building and court studies.

Jonathan Spangler is a specialist in the history of monarchy, nobility and the court of France. His research into the enduring power of the Lorraine-Guise family has been published as The Society of Princes (2009) and Aspiration, Memory and Representation (2015). He teaches history at Manchester Metropolitan University and is Senior Editor of The Court Historian .