Secret Life of a Mother (Paperback) 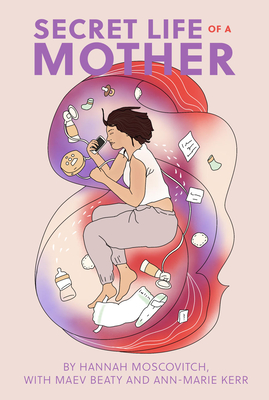 Secret Life of a Mother (Paperback)

By Hannah Moscovitch, Maev Beaty (With), Ann-Marie Kerr (With)

A playwright writes an expos of modern motherhood full of her own darkly funny confessions and taboo-breaking truths. One of her real-life friends, an actress, performs the piece, and through it her own experiences of motherhood start to surface. These mothers are not the butts of jokes, the villains, or the perfect angels of a household.

This empowered and relatable play was written collaboratively between award-winning theatre artists Hannah Moscovitch, Maev Beaty, and Ann-Marie Kerr, with co-creator Marinda de Beer. Uplifting and full of love, Secret Life of a Mother is a generous and powerful act of truth-telling for anyone who has thought about, been, loved, known--or come from--a mother.

Hannah Moscovitch is an acclaimed Canadian playwright, TV writer, and librettist whose work has been widely produced in Canada and around the world. Recent stage work includes Sexual Misconduct of the Middle Classes and Old Stock: A Refugee Love Story (co-created with Christian Barry and Ben Caplan). Hannah has been the recipient of numerous awards, including the Trillium Book Award, the Nova Scotia Masterworks Arts Award, the Scotsman Fringe First and the Herald Angel Awards at the Edinburgh Festival Fringe, and the prestigious Windham-Campbell Prize administered by Yale University. She has been nominated for the international Susan Smith Blackburn Prize, the Drama Desk Award, Canada's Siminovitch Prize in Theatre, and the Governor General's Literary Award. She is a playwright-in-residence at Tarragon Theatre in Toronto. She lives in Halifax.