Tristan and Iseult: An Inspired Retelling of the Legendary Love Story (Paperback) 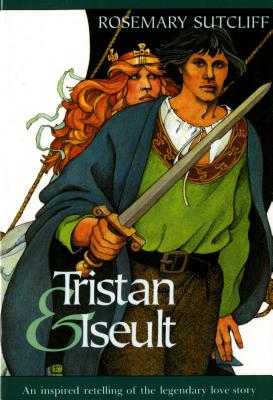 Tristan and Iseult: An Inspired Retelling of the Legendary Love Story (Paperback)

Tristan defeats Ireland's greatest warrior and gains the friendship of his uncle, the King of Cornwall, who entrusts him with a very special mission: to sail the seas in search of a queen.

Rosemary Sutcliff (1920-1992) wrote dozens of books for young readers, including her award-winning Roman Britain trilogy, The Eagle of the Ninth, The Silver Branch, and The Lantern Bearers, which won the Carnegie Medal. The Eagle of the Ninth is now a major motion picture, The Eagle, directed by Kevin MacDonald and starring Channing Tatum. Born in Surrey, Sutcliff spent her childhood in Malta and on various other naval bases where her father was stationed. At a young age, she contracted Still's Disease, which confined her to a wheelchair for most of her life. Shortly before her death, she was named Commander of the British Empire (CBE) one of Britain's most prestigious honors. She died in West Sussex, England, in 1992.
“The storytelling is superb.” —The Horn Book