The Bion Experiments on the Origins of Life (Paperback) 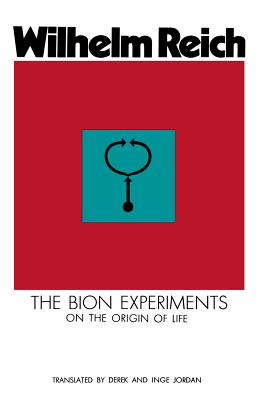 The Bion Experiments on the Origins of Life (Paperback)

The Bion Experiments, published in a limited German edition in 1938 and now available in English for the first time, represents a cornerstone in Reich's scientific development. The work documents a series of experiments conducted in Oslo in 1936-37 in which Reich applied the formula of tension?charge?discharge?relaxation, derived from his research on the function of the orgasm, to the microscopic biological world, thereby opening a route to an understanding of the origin of life. This work is divided into two parts: the first, a detailed report on the experiments; the second, Reich's conclusions and an exposition of his research method.
The Bion Experiments provides a unique insight into Reich's scientific method, and makes available the experimental material essential to understanding his later work with cancer and orgone biophysics.

Wilhelm Reich, a native of Austria, was born in 1897. His many works include Listen, Little Man!, Character Analysis, and The Mass Psychology of Fascism. He died in 1957.